Fertility Medical Doctors routinely use bioidentical natural progesterone to prevent miscarriage. They are the "test tube" doctors. They routinely use progesterone to maintain the pregnancy. If the pregnant woman does not have enough the natural hormone, then the woman will have a miscarriage. So the Fertility Medical Doctor will give periodic shots of the natural hormone. Progesterone may also be taken orally, vaginally or topically as well. However, it is important to remember that anything taken topically is 10 times in potency than anything taken orally. This is because anything taken orally is 90% prefiltered by the liver. This means that a 20 mg/day topical dose of the natural hormone is equivalent to a 200 mg/day oral dose. The natural hormone taken vaginally or rectally is also 10 times less in potency than a topical dose. The rectal and vaginal area is drained by the portal vein. The portal vein goes straight to the liver, and inactivates 90% of the progesterone. 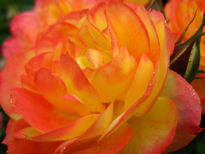 Progesterone during the first trimester to prevent miscarriage

So to avoid a first trimester miscarriage, you just need to take 60 mg/day of topical progesterone for a 120lb woman. This is equivalent to 600 mg/day of oral progesterone. You should be under the direct care of a physician or health care provider to do this. The topical natural hormone goes up and down in the human body in about 7 hours. Thus, it is best to break up the use of the natural hormone into two doses 30 mg topically in the morning and 30 mg in the evening.

See a video about the synthesis of progesterone in the lab. This PBS Nova special about Julian Percy, PhD. an outstanding chemist that led the research to be able to synthesize the natural hormone cheaply and in quantity for the mass market.

There is no danger of taking progesterone througout the entire pregnancy. The danger is that if you forget one day you will generate a miscarriage. You cannot forget to take the natural hormone every day.

You can even use bioidentical progesterone to prevent an early delivery.

Here is an article that describes some research using progesterone to prevent premature delivery:

"The evidence of this treatment's effectiveness was so dramatic, the research was stopped early," said the study's lead researcher, Dr. Paul Meis of Wake Forest University Baptist Medical Center.

Progesterone is naturally produced by the ovaries. It softens the uterus lining into a spongy bed that holds a fertilized egg.

Weekly injections of the hormone reduced the chance of premature births by 34 percent in the 306 high-risk women who received the therapy, the study reported. An additional 153 women were injected with a placebo. All the women had previously given birth prematurely, the single biggest indication of risk.

The study was carried out at the 19 centers that comprise the Maternal Fetal Medicine Units Network under the National Institutes of Health (news - web sites). Meis unveiled the results in San Francisco at the annual meeting of the Society for Maternal-Fetal Medicine.

"The results are so good that it's surprising," said Dr. Fredric Frigoletto, chief of obstetrics at Massachusetts General Hospital in Boston. "No intervention that we have ever applied has had any measurable effect. This is very good news."

Doctors have prescribed the natural hormone for years to help infertile and menopausal women.

Meis said progesterone had been previously toyed with as a preventive treatment for premature births in the 1960s and 1970s, but no one has completed a serious study on the subject. 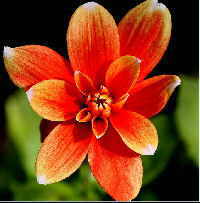 "I think it's going to awaken people to an old idea that kind of slipped away," said Dr. Alan DeCherney, chair of the Obstetrics and Gynecology department at the University of California, Los Angeles.

Dr. Emile Papiernik, a French obstetrician, conducted a tiny progesterone study in 1970 that showed promise. But he said he couldn't interest any pharmaceutical companies or government agencies to fund a more comprehensive experiment.

"This has been sitting on the pharmacist's shelf for more than 30 years," Papiernik said.

In 2001, about 476,000 babies were born too soon in the United States — a 27 percent increase since 1981, according to the March of Dimes. One in eight babies was born before the 37th week of pregnancy, which is considered full term.

Babies born prematurely are at increased risk for neurological, hearing and behavioral problems. The average hospital charge in 2000 for a premature baby was $58,000, compared with $4,300 for a typical newborn, according to the March of Dimes.

The March of Dimes said black women give birth prematurely at disproportionately high rates: 17.5 percent of all births to black women last year were premature, compared with the national average of 11.9 percent.

Frigoletto said that high rate has been studied extensively — but no definitive, scientific conclusions have been drawn.

In Meis' study, 59 percent of the women were black. The researchers concluded that race didn't influence the hormone's effectiveness.

"I think it really will attract a lot of interest," Meis said of the study. "This is the first fairly effective treatment for pre-term births."