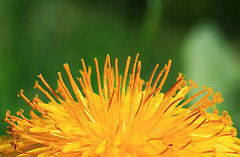 Basically, a blood or saliva test will not detect environmental estrogens. Blood or saliva lab tests are only made to detect your own natural bioidentical hormones like progesterone, estradiol, estriol or estrone. They will not even detect brand name prescription progestins. I can give birth control pills and the lab test will NOT detect them.

It is even worse for many of the phytoestrogens. For instance, lavender acts like an estrogen. Progesterone cream will oppose this effect; if you do not take too much lavender. But I digress. If I ask the lab to detect lavender, they can't. There is no test designed to test for the active hormonal component of lavender, yet. There is no profit to be made to detect lavender, so no test is made for it. So, I cannot test for the phytoestrogen lavender in the patient's blood. How do I detect lavender then? I simply ask the patient whether or not he is taking lavender soap or detergent or lotion. Then I tell her not to do it. 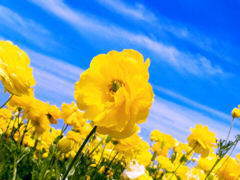 So let's look at the evidence for environmental estrogens.


Recently, the United States Geological Survey looked at all the major water ways to find environmental estrogens and found all the US waterways contained environmental estrogens that were feminizing the fish. Basically, this means that a certain percentage of the fish are intersex, hemaphrodite, or 1/2 male and 1/2 female. Male Bass are producing eggs. Where are these fish found? These sexually confused fish are found in greater amounts below sewage outfalls. Where is the sewage coming from? The sewage is coming from your house. What in the sewage from your house is feminizing? Birth control pills, laundry detergent and cosmetics have chemicals that are estrogenic and are changing the fish to female. In some waterways, there is concern that because all the fish have turned female and or intersex, there are no males. This would result in a total population collapse of the fish in the waterway.

Something strange is happening to the fish in America's rivers, lakes and ponds. Chemical pollution seems to be disrupting their hormones, blurring the line between male and female.

And as CBS News national correspondent Dean Reynolds reports, those fish swim where millions get their drinking water.

The fish are biting on Lake Pepin this fall, and that's good news for Minnesota fishing guide Loren Waalkens.

Many of Waalkens' customers catch small mouth bass, which, along with their large-mouth cousins, are big business for fishermen and fishing guides. They've hooked anglers at tournaments as hyped as the Super Bowl.

The small mouth is also a fish of special value to researchers who suspect it may tell us something alarming about our water.

In Columbia, Mo., the U.S. Geological Survey is keeping smallies in some artificial ponds, investigating why so many males are showing female characteristics.

"Because it's male, you're seeing sperm here and here," said USGS Dianna Papoulias while examining a fish. "But oddly, you're also seeing eggs. Small, undeveloped eggs."

"It is an abnormality," she said. "In bass we would not expect to see eggs in a male."

Abnormal - but increasingly common. In the upper Mississippi River where Loren Waalkens fishes, more than 70 percent of the male smallmouth bass had female characteristics.

In South Carolina's Peedee River, the ratio was even higher - 9 out of 10.

And in one section of the Potomac River near Washington, every smallmouth bass had the same condition.

In fact, a recent USGS study found the phenomenon in virtually every watershed in the country. And it's and not just bass. Some carp, catfish and sturgeon have the same odd make-up. 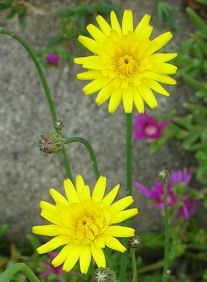 The suspicion is that hormone-disrupting chemicals in the water - pesticides, pharmaceuticals including birth control pills, or even household detergents - may be prompting the feminization of the fish.

And that matters because in controlled experiments like those in Columbia, which duplicated the chemicals found in U.S. rivers, entire populations of fish simply collapsed, unable to spawn.

What's more, tens of millions of Americans get their drinking water from rivers - an estimated 18 million from the Mississippi river alone.

Waalkens wonders if his beloved bass could be the proverbial canary in the coal mine.

"Are there other species and other types of animals that this may be occurring in?" he said. "You know, there's a lot of unanswered questions."

Those questions' answers may lie somewhere beneath the surface of the water we drink. Too much Estrogen from all these sources means that diseases that stem from too much estrogen will be more frequent. Too much estrogen is known to cause endometrial cancer and breast cancer. Too much estrogen is associated with uterine fibroids, breast fibroadenomas, ovarian cysts, breast cysts or fibrocystic breast disease, endometriosis, adenomyosis, dysmenorrhea, menstrual cramping and menstrual irregularities.

Bioidentical hormones such as progesterone can oppose the effect estrogen, if the estrogen is not too much. The best one - two punch is to take progesterone cream and avoid xenoestrogens.