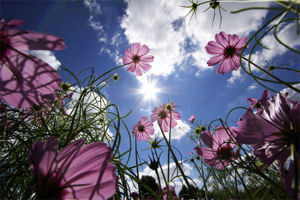 Rosemary is a known estrogen mimic. Rosemary is used as an antioxidant and a plant estrogen for hot flashes and menopause. Rosemary has made my endometriosis patients much worse and made uterine fibroids bigger. And yes, some progesterone creams contain rosemary.

Those are just some of the herbs that are a problem. There are many others.

The patient usually needs 20-60 mg/day of bioidentical progesterone. Some creams contain too much progesterone and some creams not enough. John Lee, MD recommends a cream that has 500-1000 mg per ounce of progesterone.

A cream is just oil and water mixed together with a thickener. The progesterone is in the oil fraction of the cream. Within several minutes of applying the cream to the skin, the water evaporates and only the oil is left on the skin. You need a chemical to keep the water and oil mixed together called an emulsifier. Since water is in the product, you also need a preservative to stop bacteria and fungus from growing in the water.

For many years, parabens were considered among those preservatives with low systemic toxicity, primarily causing allergic reactions. However, as we have become aware that some synthetic chemicals mimic the female hormone estrogen, our understanding of the toxic effects of both synthetic and natural substances has changed. Now, John Sumpter from the Department of Biology & Biochemistry, Brunel University, Uxbridge, Middlesex, have found that alkyl hydroxy benzoate preservatives (namely methyl-, ethyl-, propyl-, and butylparaben) are weakly estrogenic. In an estrogen receptor-binding assay, butylparaben was able to compete with the female hormone estradiol for binding to estrogen receptors with an affinity approximately 5 orders of magnitude lower than that of diethylstilbestrol (a highly carcinogenic synthetic estrogen), and between 1 and 2 orders of magnitude less than nonylphenol (an estrogenic synthetic industrial chemical).

Although it is reassuring to note that when administered orally, the parabens were inactive, subcutaneous administration of butylparaben produced a positive estrogenic response on uterine tissues. Although approximately 100,000 times less potent than17 beta-estradiol, greater exposure to the parabens may compensate for their lower potency. The researchers conclude that, "Given their use in a wide range of commercially available topical preparations, it is suggested that the safety in use of these chemicals should be reassessed . . ."

The European Union has asked the European Cosmetics and Toiletry industry about these new findings and the implication for breast cancer.

OK. If skin absorption is so important, then anything put on the skin must be watched carefully. This includes laundry detergent, soap, shampoo, deodorant, and cosmetics.

Here is a company that just makes bioidentical natural progesterone in coconut oil. No preservatives and no emulsifiers are in the formulation. Also included with the product is an avoidance list. It is messier than a cream, but you don't have to worry about all the other ingredients that may cause problems. Again the water just evaporates after a couple of minutes on the skin anyway. You really don't need the water for it to work. The progesterone is dissolved in the oil. It is messier than the cream. And the coconut oil does combine with some women's sweat (but not all women), to give a strange smell on the skin. However, I do get significantly better results getting women well. If you are really good about your avoidance list many women do not need the progesterone cream after a while.

For Sale Bioidentical Progesterone Cream without the junk: