I have not found hormone blood or saliva tests to be helpful at all for patients or doctors for most cases. Why? Blood and saliva tests do not measure chemical estrogens or plant estrogens. Blood and saliva tests only measure natural bioidentical hormones like testosterone, estradiol, estriol, cortisol, and estrone. These tests do not measure plant estrogens like lavender. Lavender is a strong plant estrogen that has been proven to cause gynecomastia (man boobs) by a pediatric endocrinologist (see article below). However, the lab test does not measure lavender. Lavender contains an estrogen like chemical that is not exactly like estradiol.

The problem is that Estrogen Dominant women are estrogen dominant because of the chemicals on their skin that act like estrogen. These chemicals do not appear on the lab test. There is NO lab test for lavender. I cannot go to the lab and ask the lab to test my patient for lavender levels in the blood. The lab technician will think I am crazy. The easiest way to test for the estrogen mimic lavender in the blood is to ask the patient whether she uses any lavender in her laundry detergent or soap.

So most of the time, Estrogen Dominant women take hormone tests and the tests come out normal. But they are still Estrogen Dominant characterized by bloating and breast tenderness just before their period. So after a while, I stopped doing the lab tests. It is better that you use the money you saved to go out and eat a nice French dinner. The woman with the normal lab test is still going to get topical progesterone cream with or without the lab test. So why do the lab test?

The lab test is only good for the person running the lab test. He needs a job. Stimulate the economy.

"But I ran a hormone test and my estradiol WAS high."

During the menstrual cycle, the levels of progesterone and estradiol vary up and down. First of all it is important, that you are actually comparing your measured estradiol and progesterone to the level you are in your cycle. The lab test computer must know the day of the menstrual cycle that you are on. If you did not enter in the correct date of your last menstrual period, then the computer will compare your lab test with the wrong reference value.

Alright, let us assume that you entered in the correct date for the last menstrual cycle, and the estradiol really is high. OK. Your estradiol is high. The next question is why is your estradiol high?

I find it simpler to ask the woman if they drink coffee and then how much. 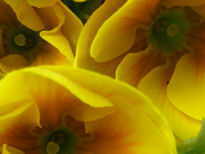 So when is a hormone test justified?

Less than 1% of patients take topical bioidentical progesterone cream and do not have any reaction at all. They don't feel anything. They don't feel better or worse. They feel nothing. Only in these patients, do I find it worthwhile to do a saliva progesterone test. I want to see if they are absorbing the natural hormone or not. Their progesterone saliva levels should be above 500 ng/dl. If the level is marginal, say 300 ng/dl, then I will instruct them to double the dose.

Most cases of male prepubertal gynecomastia are classified as idiopathic. We investigated possible causes of gynecomastia in three prepubertal boys who were otherwise healthy and had normal serum concentrations of endogenous steroids. In all three boys, gynecomastia coincided with the topical application of products that contained lavender and tea tree oils. Gynecomastia resolved in each patient shortly after the use of products containing these oils was discontinued. Furthermore, studies in human cell lines indicated that the two oils had estrogenic and antiandrogenic activities. We conclude that repeated topical exposure to lavender and tea tree oils probably caused prepubertal gynecomastia in these boys. 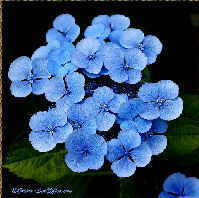 From Science News, issue of 1 July 2006 (behind subscription wall): Two ingredients common in many hair- and skin-care products have been linked to abnormal development of breasts in boys. Lavender oil and tea tree oil contain compounds that act like female sex hormones and interfere with male hormones, researchers have determined.

Enlarged male breasts, or gynecomastia, result from an imbalance between the activity of estrogens, which stimulate breast growth, and estrogen-inhibiting androgens. The condition is extremely rare before puberty, says Denver-area pediatric endocrinologist Clifford Bloch.

Nevertheless, since the mid-1990s, Bloch has treated gynecomastia in a series of boys age 10 or younger. Most had normal ratios of sex hormones in their blood, indicating that theirs wasn’t a problem of hormone production.

From the youngsters and their parents, Bloch learned that at least five boys had been using a shampoo, hair gel, soap, or another topical product that listed lavender oil among its ingredients. One of the products also contained tea tree oil. “A couple of patients were putting pure lavender oil on their skin,” he says.

Bloch recommended that the boys stop using lavender-containing products. When they followed his advice, gynecomastia disappeared within a few months.

To verify his hunch that the plant oils were hormonally active, Bloch contacted Derek Henley and Kenneth Korach of the National Institute of Environmental Health Sciences in Research Triangle Park, N.C. In their lab, the two investigators exposed human-breast cells to lavender oil and, separately, to tea tree oil. They found that each oil turned on estrogen-regulated genes and inhibited an androgen-regulated gene.

“These oils possess both estrogenic and anti-androgenic properties,” Henley reported at the Endocrine Society meeting in Boston this week. He adds that the finding is the first to implicate “essential oils” from plants in gynecomastia.

Young boys should avoid the oils, Bloch advises. Many personal-care products contain them. Other plant products act like estrogens in the body.

Pediatric endocrinologist Edward Reiter of Tufts University School of Medicine in Springfield, Mass., applauds Bloch for his “impressive, Sherlock Holmes” performance in unearthing what the boys had in common. While similar patients probably trickle in to other endocrinology clinics, he says, the cause of their enlarged breasts could escape diagnosis because doctors don’t make the connection to personal-care products.

The rapid reversal of gynecomastia that Bloch accomplished is a rare achievement in medicine, comments Ken Ong, a pediatric endocrinologist at the Medical Research Council in Cambridge, England. As such, it strongly suggested a link between the products and the boys’ problem.

The study was carried out by scientists at the National Institute of Environmental Health Sciences (NIEHS) after a Denver pediatric endocrinologist reported abnormal breast development, known as gynecomastia, in five boys, aged 4 to 7, who used products containing the oils. The symptoms subsided after the boys stopped using the products.

The Test NIEHS researchers Derek Henley and Kenneth Korach tested the effects of lavender and tea tree oils on human breast cancer cells. They found that both oils mimicked estrogen (a hormone that promotes the development of female breasts) while reducing the activity of androgens, which inhibit such growth. "Boys are getting a double hit," said Korach, who added that this hormonal imbalance may explain the Denver cases.

The Caveat Steven Dentali, vice president of scientific and technical affairs for the American Herbal Products Association, a trade group, said it's premature to worry, given the paucity of clinical evidence and many questions that the lab work left unanswered. Still unknown, he said, are the tolerable limits of use and the specific compound in these oils that may be producing the observed effects.

While they acknowledged that more studies are needed, the NIEHS investigators said they hoped their preliminary research would alert doctors and parents to the possible association. They advised parents to discuss any fears about herbal oils with their pediatrician. Parents who notice potentially related symptoms in their boys should also report them promptly to their physician.

Article on coffee causing a 70% increase in estradiol

Early follicular phase hormone levels in relation to patterns of alcohol, tobacco, and coffee use?

Conclusion(s): Coffee consumption and total caffeine use may increase early follicular phase E2 levels independent of related habits of alcohol or tobacco use.

According to the researchers, women who drank the most coffee had higher levels of estradiol, a naturally occurring form of estrogen, during the early follicular phase, or days 1 to 5 of the menstrual cycle.

``Higher estrogen levels would not be beneficial for women who for example have endometriosis, breast pain and family histories of breast or ovarian cancer, especially arising premenopausally, the studys lead author, Dr. Daniel W. Cramer from Brigham and Womens Hospital in Boston, Massachusetts, told Reuters Health.

``It is my personal advice that such women should be discouraged from consuming more than two cups of coffee per day, Cramer said. 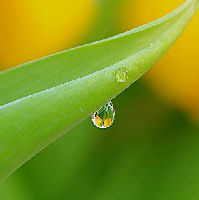 The study included nearly 500 women aged 36 to 45 who were not pregnant, breast-feeding or taking hormones. All women answered questions about their diets, smoking habits, height and weight. Researchers measured the womens hormone levels during days 1 to 5 of their menstrual cycle.

Women who consumed the most cholesterol and alcohol, and those who consumed more than one cup of coffee a day had significantly higher levels of estrogen during the early follicular phase of their menstrual cycle, according to the report in the October issue of Fertility and Sterility.

In fact, caffeine intake from all sources was linked with higher estrogen levels regardless of age, body mass index (BMI), caloric intake, smoking, and alcohol and cholesterol intake. Women who consumed at least 500 milligrams of caffeine daily, the equivalent of four or five cups of coffee, had nearly 70% more estrogen during the early follicular phase than women consuming no more than 100 mg of caffeine daily, or less than one cup of coffee.

Women aged 40 and older and those who smoked had higher levels of follicle stimulating hormone (FSH), which reflects the number of eggs remaining in a womans ovaries. FSH tends to increase with age, and high levels of the hormone correspond with fewer eggs. Therefore, the observation that smokers have higher FSH levels suggests that their ovaries are ``older than their chronological age, Cramer explained.

``Our study provides a basis for believing that coffee consumption increases estradiol levels, Cramer said. ``While these effects are modest with one or two cups, they are more evident at higher levels of consumption.